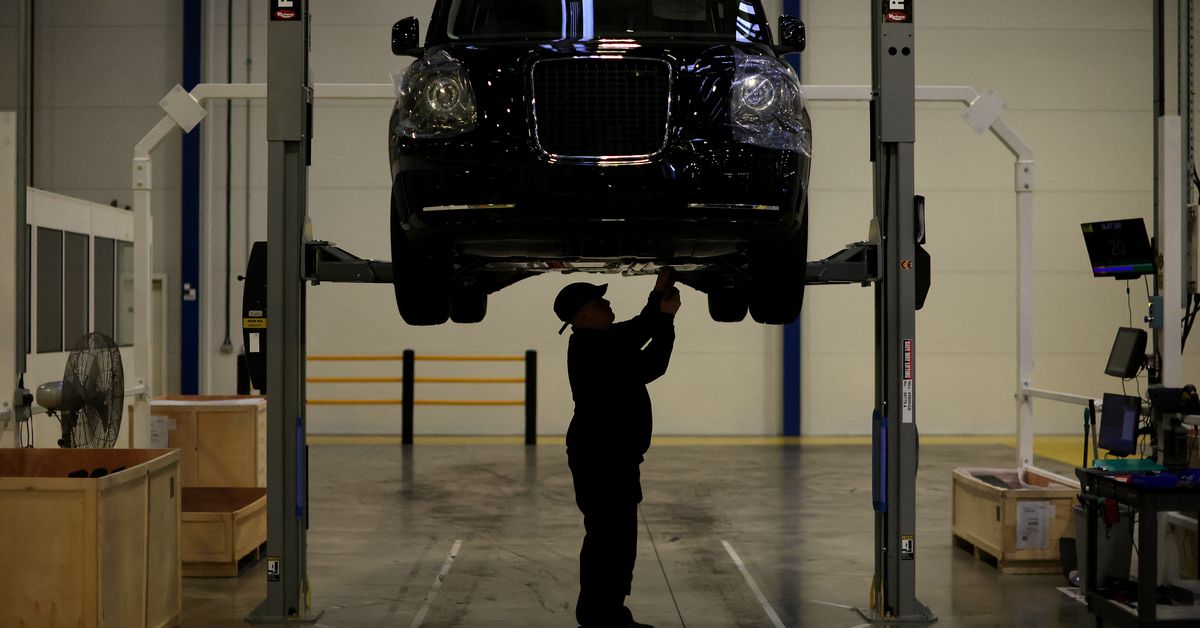 The London Electric Vehicle Company (LEVC) also aims to expand its range of services, which includes cars arranging their own maintenance and learning about their owners’ interests to help them book activities.

“We need a cutting-edge product portfolio. We need to make significant investments in terms of technology and infrastructure,” said Alex Nunn, chief executive of LEVC at the taxi company’s headquarters in Coventry, central England. “Geely will be making steady investments in LEVC because this is a very unique project.”

The LEVC builds a hybrid taxi model starting at around £66,000 ($81,500), which has a battery that offers 64 miles (103 km) of range and a petrol extender that gives it a total range of over 300 miles. The company’s business was hit hard by the pandemic and it laid off 140 employees in October.

Nunn said LEVC and Geely will seek to attract other investors to its zero-emissions portfolio and will look to partner with other automakers to develop new technology.

Executives said the size of Geely’s investments would be revealed later. To date, the Chinese group, which took full control of LEVC in 2013, has invested £500m in it.

“Geely fully supports the new transition strategy developed by the LEVC Board of Directors and Executive Team,” Geely said in a statement.

In 2021, Geely launched a £2 billion investment in another unit, British luxury sports car maker specialist Lotus, to significantly expand production of its sports cars and build high-end SUVs and sedans in Britain and China. Executives said Geely is following a similar path in its plans to grow LEVC.

Britain’s electric car ambitions were dealt a blow last week when start-up Britishvolt, which was planning to build a large battery plant in north-east England, applied to manage it.

“We need to ensure that the UK environment as a whole is competitive and has its place on the global stage,” said Chris Allen, managing director of LEVC.

Geely owns many brands including Volvo (VOLCARb.ST) and – through a joint venture with Volvo-Polestar. Zeekr, another brand in the group, filed for an initial public offering in the US last month.

As such, Geely faces a complication that larger electric vehicle maker BYD faces (002594.SZ) and tesla (TSLA.O) I avoided.

Allen said LEVC was exploring a range of commercial and passenger car models on a common electric platform. It can count on the range of other brands that already have electric vehicles to “move forward in a quick and agile way.”

Allen said the company already uses an infotainment system and software developed by Volvo and a steering wheel from the Swedish automaker, which allows it to keep costs down.

“There’s nothing we can’t deliver in a very short period of time if we need to, it’s just a matter of timing,” he said, adding that LEVC could easily have a full range of electric vehicles on the road within five years.

“But in two years, will the industry be ready, will the charging infrastructure be in place, will consumer confidence be there?”

LEVC currently has the capacity to build 3,000 cabs a year that run on a single shift at its Coventry plant. Allen said that could easily be increased to 20,000 and that the plant had room for expansion. It could also count on production in China, as Lotus has done, Allen said. A major automobile plant produces, on average, about 300,000 cars per year.

“There is a great deal of value in our product that has never been maximized,” Allen said. “It is about growing LEVC into a more recognizable brand on a global scale and expanding our product offering in as many spaces as possible.”