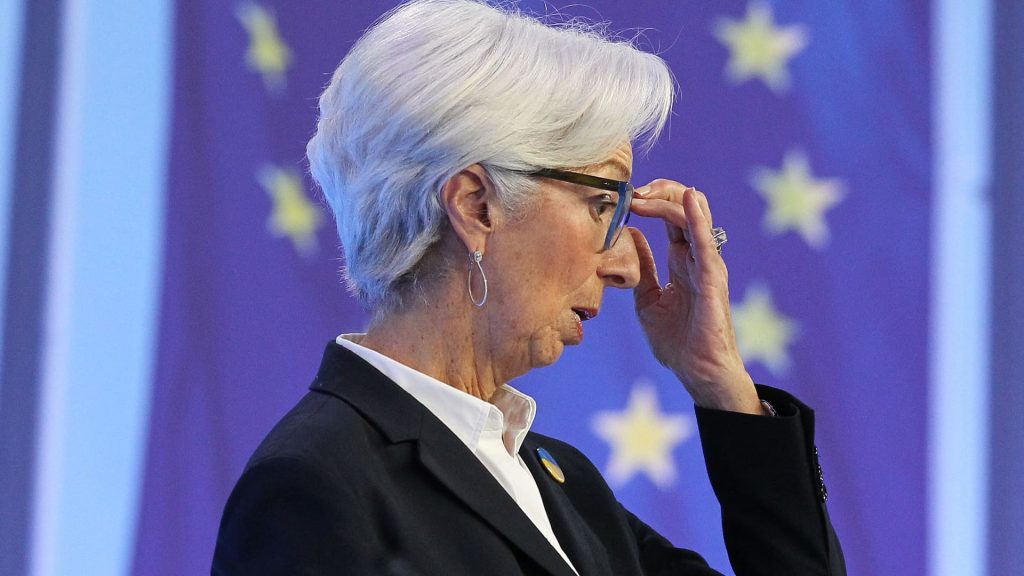 The cost of living hit another record high in the eurozone last month, raising more questions about how European Central Bank Such rapidly increasing consumer prices can be stabilized.

Headline inflation came in at 7.5% for the month of March on an annual basis, according to preliminary data released by Eurostat on Friday.

Numbers come in time Russia’s invasion of Ukraine Renewed economic uncertainty, with some economists questioning whether the eurozone will enter recession in 2022 – something European officials have so far refused to say.

The eurozone has taken unprecedented measures to punish Russia for its decision to invade Ukraine – such as blocking the sale of luxury goods – and these sanctions have repercussions for the eurozone economy itself.

In addition, there are other side effects of the war, most notably rising energy prices – which drive up inflation across the bloc.

This is a breaking news story and will be updated soon.