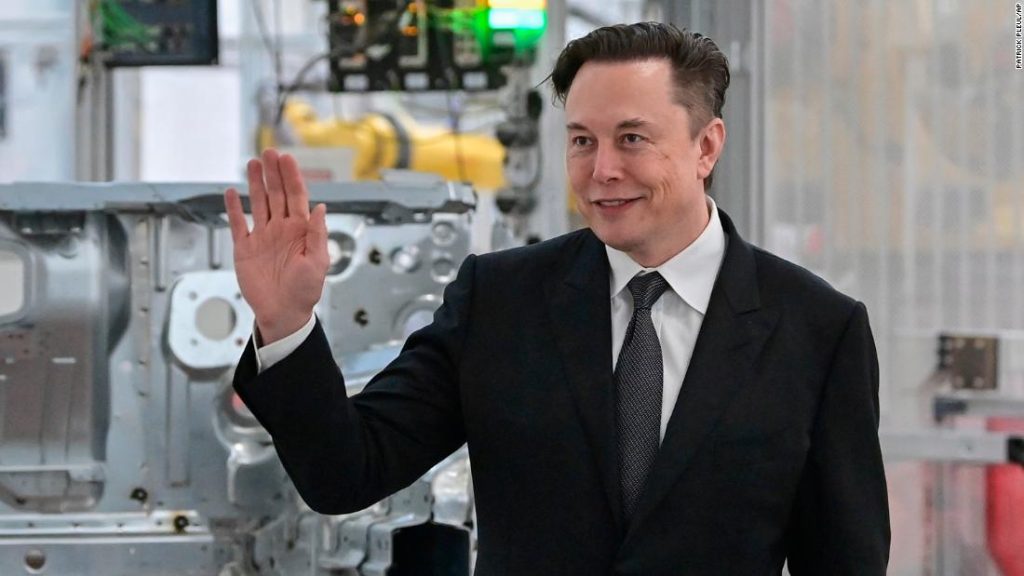 The news initially sent Twitter shares down more than 20% in pre-market trading before the stock rebounded somewhat. Two hours after his first tweet, Musk posted that he “remains committed to the acquisition.”

in that Quarterly financial reportReleased on April 28, Twitter estimated that fake or spam accounts made up less than 5% of the platform’s active users during the first three months of the year. Twitter noted that the estimates were based on an audit of sample accounts and thought the numbers were “reasonable”.

But it acknowledged that the measurements had not been independently verified and that the actual number of fake accounts or spam could be higher.

Twitter has had a spam problem for years, and the company has previously acknowledged that reducing fake and malicious accounts will play a key role in its ability to continue to grow. It’s unclear why Musk backed out of the deal due to the latest revelations.

Musk will owe Twitter a $1 billion break-up fee if he cancels the deal.

“The Street would view this deal as 1) potentially collapsing, 2) Musk negotiating a lower deal price, or 3) Musk simply walking away from the deal with a $1 billion breakup fee,” Ives wrote. “Many will view this as a catcher using these Twitter registration/spam accounts as a way to get out of this deal in a wildly changing market.”

Stocks — tech in particular — have fallen sharply since Musk and Twitter reached an agreement to buy the company nearly three weeks ago.

The way Musk announced the deal was halted — in a tweet — was also unusual, at least by normal corporate M&A standards.

Usually, acquirers of a company conduct due diligence, reviewing the company’s finances and ownership information, before closing the deal. In the process, they may come across information that makes them reconsider or evaluate the transaction, but such disclosure is usually made on file with the Securities and Exchange Commission.

“Usually we see some kind of filing that will come first, an amendment to previous filings on the transaction, which says, ‘We disclosed some information in the due diligence process and we are reconsidering our acquisition,’” said Josh White, associate professor of finance at Vanderbilt University and a financial economist. Previously with the Securities and Exchange Commission.

“This happens when you get the books and access the proprietary information. What doesn’t usually happen is a tweet,” White said.

White said this unusual move may not be large enough to warrant the SEC’s action, but it could catch the attention of Twitter’s lawyers. As part of the deal, Musk agreed to consult with Twitter before making any public statements about the deal, and to avoid posting any tweets that would “disparage the company,” according to the SEC. However, Twitter’s board of directors is likely to favor closing the deal due to its strong valuation compared to the company’s current share price.

White added that if the deal collapses, “I expect existing Twitter shareholders to file a lawsuit” saying that Musk’s actions hurt them by lowering the share price.

Doubt from the start

Even as Musk worked to secure funding for the acquisition, doubts over whether the deal would go through have been cast since Twitter’s board approved the offer on April 26.

Musk said he would buy Twitter for $54.20 a share. But Twitter shares Not even close to that price, hovering around under $50 for weeks. This was a sign that investors were skeptical that Musk would eventually live up to his offer.

Wall Street analysts weren’t convinced Musk could buy Twitter either — at least not at $54.20 a share. The agreed target price was less than $52, and the vast majority have placed a “pending” rating on the company’s stock.

Part of the problem was Twitter’s connection to Tesla (TSLA) Saucepan. Musk, Tesla’s CEO, had been planning to borrow against a portion of his stake in Tesla to fund the deal, but Tesla stock is dropping rapidly along with most other stocks this year.

Musk’s sale of a large number of Tesla shares to help fund his Twitter deal also put pressure on the automaker’s shares. Having already committed a significant portion of his Tesla stock elsewhere, it doesn’t leave him much protection if he needs to raise more money to complete the Twitter takeover.

Ives said the news about the Twitter deal was helpful Tesla (TSLA) Shares were up 6% in pre-market trading on Friday. Shares of Tesla, the world’s most valuable automaker, have lost about a third of their value since Musk revealed he had taken a stake on Twitter.
In addition to Selling $8.5 billion of his Tesla stock In the past month, or about 6% of his holdings, Musk has been using his shares in Tesla as part of The collateral he needs to raise money to buy Twitter. But the drop in the value of Tesla’s shares has raised doubts about whether it will be able to go ahead with financing the Twitter deal.
The The Wall Street Journal It also reported that the Securities and Exchange Commission and the Federal Trade Commission were looking into Musk’s purchases of Twitter earlier this year and whether he properly disclosed them.

Musk has given few details about his plans for the social media company, although he has often talked about bot accounts that have promoted spam. He also says the company has been very quick to remove accounts that violate content moderation rules.

On Tuesday, Musk made headlines by saying he would allow former President Donald Trump is back on Twitter Once the acquisition process is complete. Trump’s account was permanently removed after his followers attacked the US Capitol on January 6, 2021.
Earlier this week, Twitter confirmed that it is Temporarily suspending most hiring and backfill operations, excluding “business critical” roles, and rollbacks for other non-labor costs. It also confirmed that two senior executives, general manager consumer Kayvon Beykpour, and lead product revenue Bruce Falck, were leaving the company.

Twitter CEO Parag Agrawal sent out a series of tweets on Friday afternoon acknowledging the change of leadership in the company the day before.

“Some have been wondering why a ‘lame duck’ CEO would make these changes if we were acquired anyway,” Agrawal said. “While I expect the deal to go through, we need to be prepared for all scenarios and always do what’s right for Twitter. I am responsible for leading and operating Twitter, and our mission is to build a stronger Twitter every day.”