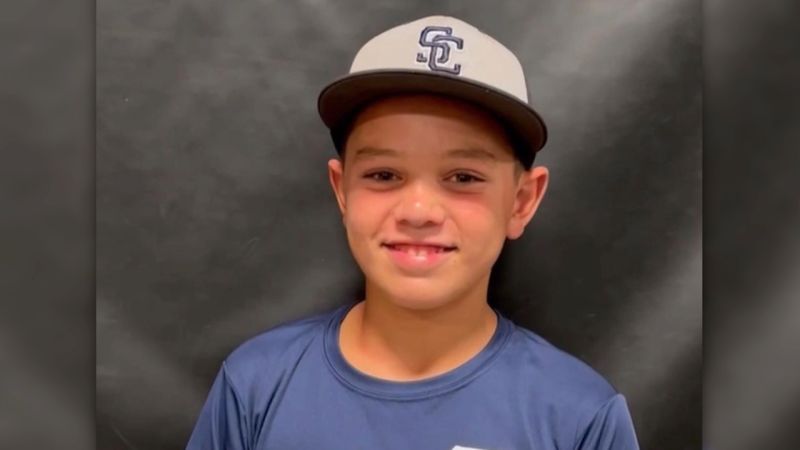 The family of a 12-year-old Little League World Series player who was seriously injured after falling from a bunk bed is suing the league and the company that made the bed, according to court documents.

Easton Oliverson of the Snow Canyon Little League of Utah suffered a fractured skull after falling from a bunk bed in a players’ dorm in Williamsport, Pennsylvania, in his sleep on August 15. He was placed in a medical coma and underwent several operations.

The lawsuit was filed on Friday in Pennsylvania state court by Easton’s parents, Jess and Nancy Oliverson, and is seeking at least $50,000 in punitive and punitive damages on charges of negligence and liability.

According to the suit, bed maker Savoy Contract Furniture and the Little League were neglected due to “there being no rails on the bed,” which allowed Easton to fall.

“The Savoy designed, manufactured, distributed, marketed and/or sold the bunk bed is in such a serious and defective condition that it does not contain all of the elements necessary to make it safe for its intended use,” the court filing read.

The parents also claimed that their son had suffered severe and permanent injuries as a result, according to the lawsuit.

On August 17, shortly after the fall, Little League released a statement to CNN, saying that the bunk beds in the players’ residences did not have safety rails.

“Since 1992 Little League has used institutional style bunk beds to provide the most space for players to enjoy their time in the dormitories. While these beds do not have guard rails, Little League is not aware of any serious injuries that occurred during that time period.” It was stated in the association’s statement. “Out of great caution, Little League made the decision to remove all beds from within the dorms and to place each bed separately on the floor.”

Oliverson, nicknamed “Tank,” was hospitalized in Pennsylvania for two weeks before being transferred to Children’s Hospital in Salt Lake City, Utah. On September 19, a Instagram account He was set up to provide updates on his recovery and announced that he had returned home.

Support for Oliverson came after news of his injury made national headlines.

Oliver thank people their prayers in a video posted on social media on August 30.