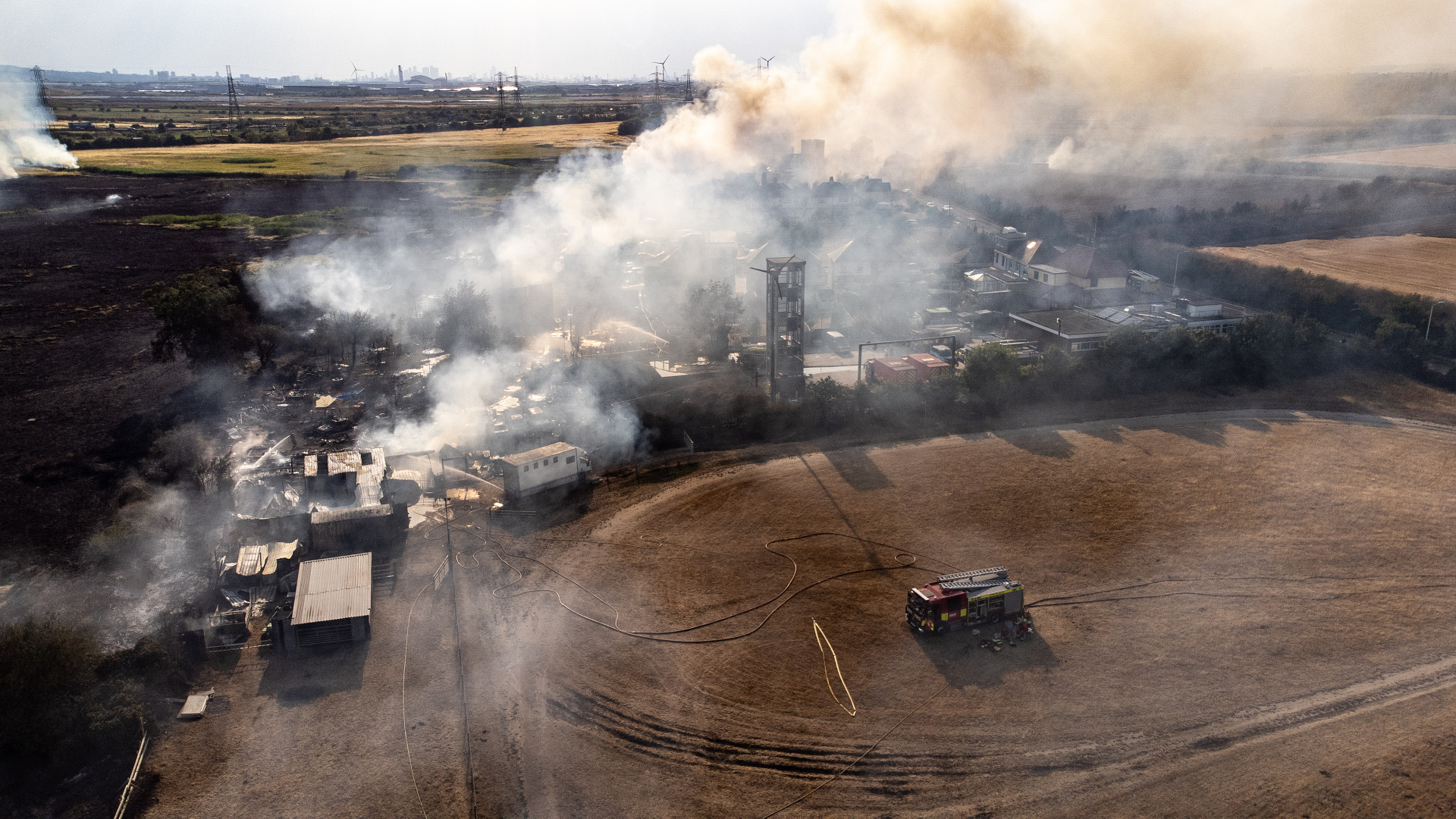 Britain’s highest temperature was recorded three years ago, at 38.7 degrees in Cambridge.

The island nation had already been warned of unusual weather last week, with authorities issuing high-level warnings on Monday and Tuesday – for the first time in the island nation’s history – due to extreme heat.

Many railway companies have urged passengers to avoid traveling by train if possible, as derailment can easily cause accidents. Power was cut in the northern English county of Yorkshire, and traffic restrictions were introduced in many places, with many service providers concerned that roads and paved roads were not ready for this type of weather.

The British Museum in London announced that it will close earlier than usual on Tuesday because the building’s patio is covered by a glass roof, so temperatures in the building are rising.

The Supreme Court building was closed for visitors on Tuesday due to an air-conditioning problem. The runway at London Luton Airport was closed for several hours on Monday due to heat damage.

In Great Britain, most public buildings – offices, hospitals, viewing centers – do not have air conditioning equipment, because in the island country’s mild, rainy climate, the temperature rarely exceeds thirty degrees.

The heat also fueled wildfires, with ten fires reported in the London area alone. The worst fire was in Wennington, east of London, where it spread to several houses and forced several families to evacuate.

A hundred firemen were engaged in extinguishing the fire. No personal injuries have been reported so far.

See also  World: The plane was ready to take off when the British forced the deportation of refugees to Rwanda.