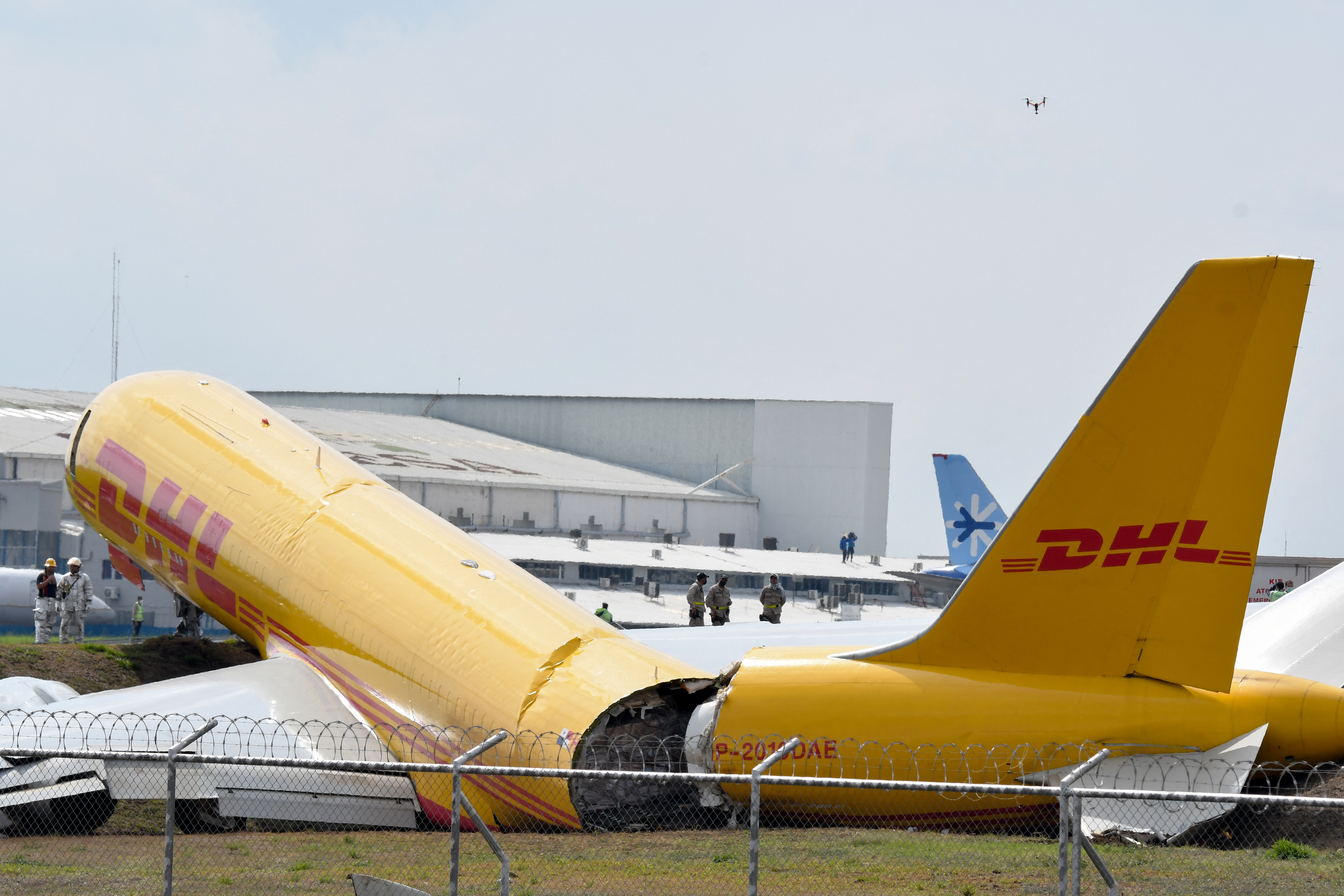 DHL cargo plane crashes in Costa Rica on Thursday – The Guardian writes. The pilot of a Boeing 757-200 made a forced landing shortly after takeoff for technical reasons.

The DHL said staff were not injured and one of them was being monitored under precautionary medical supervision.

A DHL-powered Boeing 757-200 cargo plane landed at Juan Santamaria International Airport in Costa Rica, slipping off the runway and crashing into two parts.

The flying tail area is completely detached and the wing area is broken.

The plane was headed for Guatemala when its hydraulic system failed, said Luis Miranda Munoz, deputy director of the Costa Rica Civil Aviation Authority. Due to the problem, the pilot was forced to land shortly after takeoff.

Airport operator Aries said the airport on the outskirts of the capital, San Jose, reopened at about 3:30 p.m., about five hours after the crash and several hours earlier than expected.

The shutdown affected about 8,500 passengers and 57 commercial and cargo planes Said Aris.

The circumstances of the accident are still being investigated.