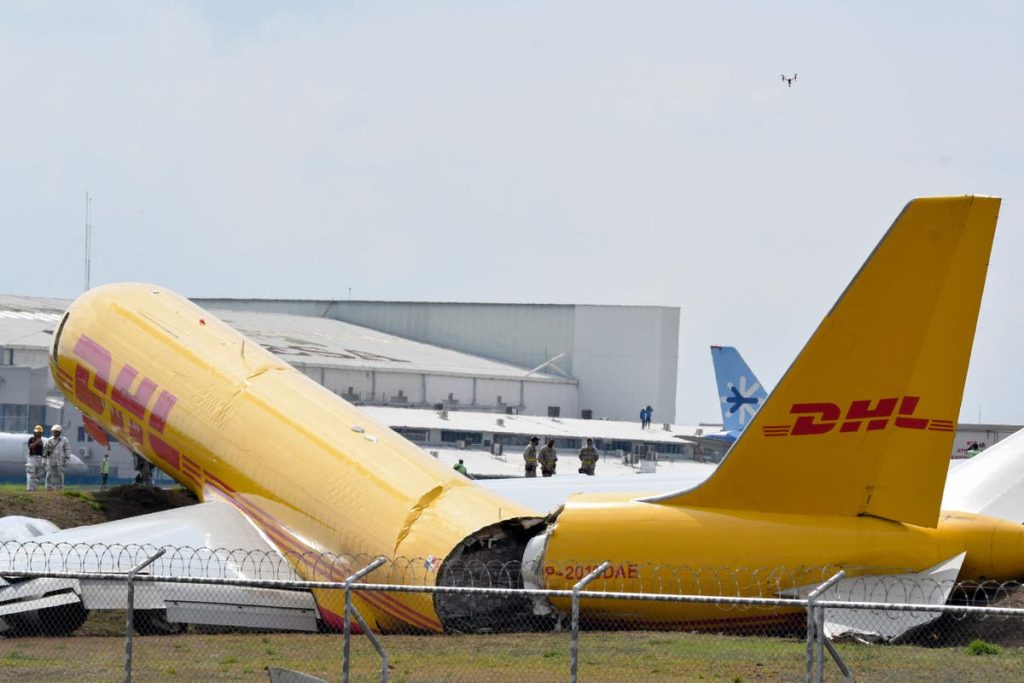 A DHL cargo plane has collapsed in half after skidding off the runway while making an emergency landing at San Jose International Airport in Costa Rica.

The Juan Santamaria International Airport in Costa Rica has been closed after the accident involving the Boeing 757-200 freighter, which saw the pilot and co-pilot safely evacuated.

DHL, which is owned by Deutsche Post AG, said a crew member was undergoing medical checks as a precaution.

The airport operator, Iris, said the accident affected 57 commercial and cargo flights to and from the United States, Central America, Mexico, Canada and Europe, and 8,500 passengers.

The plane, which was bound for Guatemala, experienced a hydraulic system malfunction, which prompted the pilot to request an emergency landing at the airport on the outskirts of San Jose shortly after takeoff, according to Reuters.

“The units were mobilized to remove the pilot and co-pilot,” Mr. Chavez said. “Then they applied foam to prevent spillage and they are now working on an earthen dam to avoid any fuel from getting into the drain system.”

DHL said it was working with airport officials to remove the ill-fated plane from the runway to help resume normal operations.

“DHL’s Incident Response Team has been activated and an investigation will be conducted with the relevant authorities to determine what happened,” the company said.

The aircraft was operated by the company’s Aero Expresso subsidiary.