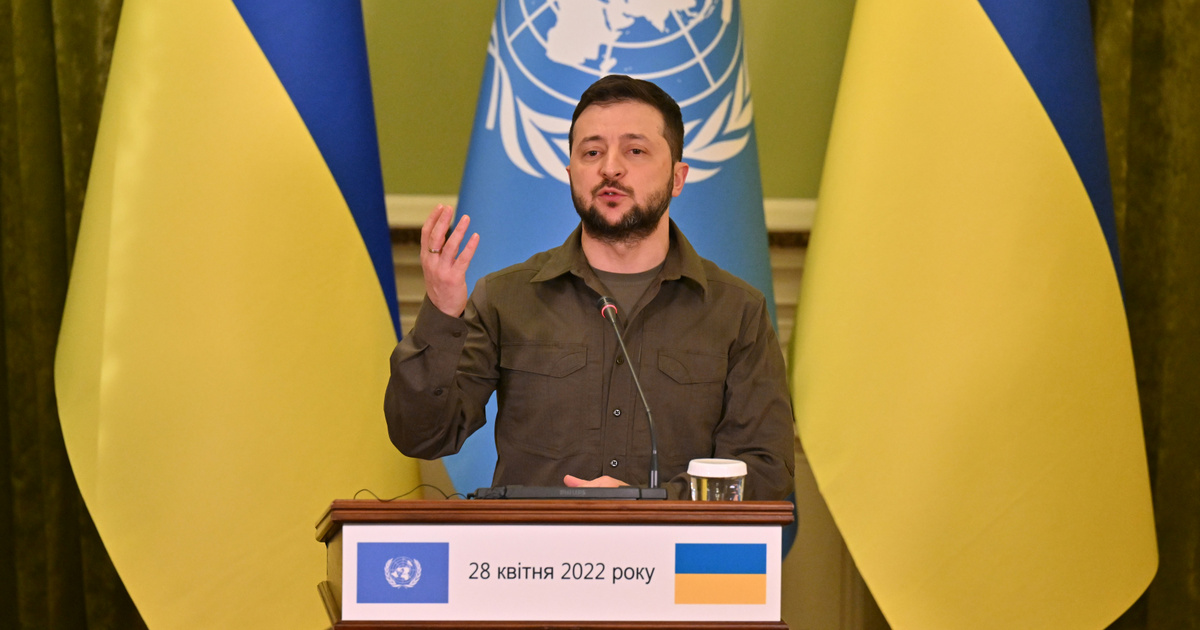 Ukrainians are not ready to give up any part of Ukraine in support of Russia, especially after the deaths of thousands of soldiers and civilians in Ukraine, Ukrainian President Volodymyr Zhelensky said in an interview with ERT Greek Public Service Television.

We are ready to restore our regional integrity. Otherwise, leaving a part of our territory to Russia would mean that people died in vain.

– Zhelensky stressed that Russia will not stop acquiring new territories because it did not stop after the arbitrary invasion of Crimea in 2014:

Give them a little rest before starting a new occupation in 2-3 years? We are not ready to do that!

The president denied Russian Foreign Minister Sergei Lavrov’s claim that the lifting of sanctions against Russia could have been discussed in bilateral talks, and he wondered how the sanctions could be lifted.

Tens of thousands of deaths in Mariupol

Michael Bodoljak, an adviser to the head of the Ukrainian presidency and a member of the Ukrainian delegation negotiating with Moscow, wrote on Twitter that tens of thousands had died in Mariupol, two months after the war began:

No one has caused as much pain to the residents of the Donetsk Basin as the Russian Federation since 2014, especially now.

In a statement, the city council of Mariupol announced that Russian troops were transporting the bodies of civilians killed by them in trucks carrying humanitarian aid outside the city. They also claim that a photo of such a truck was taken.

The Russians continue to try to cover up their war crimes against civilians throughout Mariupol and Ukraine, but they have failed.

Kiev district police chief Andriy Nyebitov said the bodies of 1202 locals killed by Russian troops during the occupation had already been exhumed. Almost every day they find more and more corpses.

Attorney General Irina Venkikova said on Facebook that Ukrainian authorities had established her identity. For the brutal killing of civilians in Buxa Responsible for one of the suspects. According to the prosecutor’s office, the commander of the Russian National Guard Sergei Kolozzek is suspected of killing four unarmed men in the city.