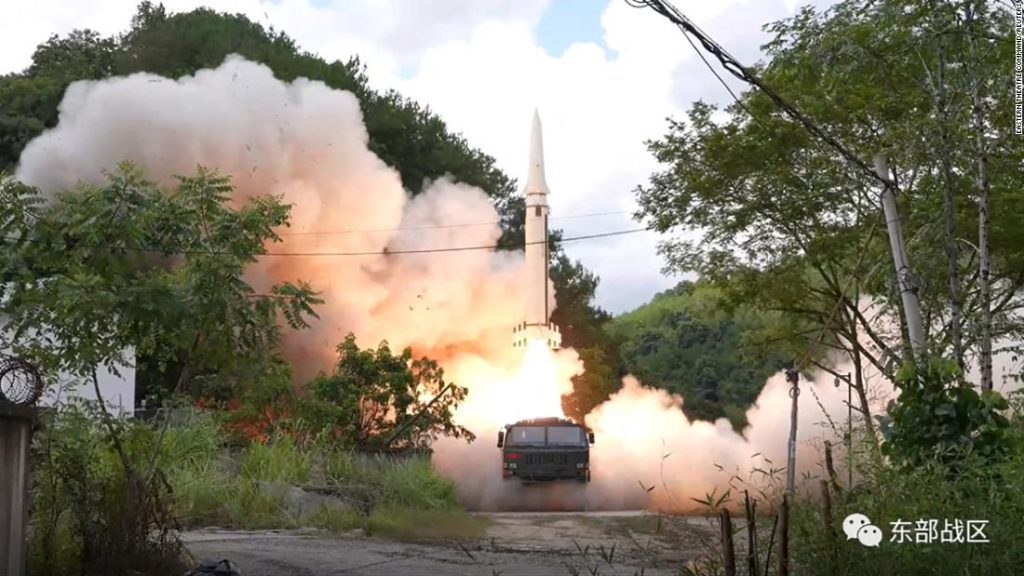 The ministry said the People’s Liberation Army (PLA) forces crossed the center line – the midpoint between the island and mainland China – in a move it described as a “very provocative act”.

The line was previously an informal but highly respected control border between Beijing and Taipei.

On Friday, Taiwan Premier Su Tsing-chang said the island represented “freedom and democracy,” and that “the evil neighbor next door showed his muscles on our doorstep and arbitrarily sabotaged (one of) the world’s busiest waterways with military exercises.”

The sky and waters around Taiwan have become a focal point as Beijing escalates tensions not only with Taiwan, but with neighboring Japan, which lodged a formal protest to China after five projectiles landed in Japan’s Exclusive Economic Zone (EEZ).

The missiles were among a number launched by Beijing on Thursday – some over Taiwan – as Pelosi was on her way to Tokyo, where she met Japanese Prime Minister Fumio Kishida on Friday.

China has previously launched missiles into the waters around Taiwan – a democratic island of 24 million people that the Chinese Communist Party considers its territory, although it has never controlled – most notably during the Taiwan Strait crisis in the 1990s.

But the missiles flying over the island represented a significant escalation, with US officials warning there could be more to come.

“We expected China to take steps like these — in fact, I described them to you in some detail just that day,” John Kirby, a spokesman for the US National Security Council, told reporters at the White House on Thursday. . We also expect these measures to continue and for the Chinese to continue responding in the coming days. ”

See also  Latest news about Russia and the war in Ukraine

Kirby added that a US aircraft carrier would remain in the area around Taiwan for several more days “to monitor the situation.”

Kishida said on Friday that China’s military exercises are a “serious issue concerning the security of our country and its people” and called for an immediate halt to the exercises. He added that Japan and the United States “will work together to maintain stability in the Taiwan Strait.”

Speaking in Tokyo on Friday, Pelosi accused China By trying to “isolate Taiwan”, referring to the island’s exclusion from international groups such as the World Health Organization.

“They may try to prevent Taiwan from visiting or participating in other places, but they will not isolate Taiwan by preventing us from traveling there,” she said.

She added that her visit to Taiwan was aimed at maintaining the status quo, not changing it.

China began military exercises around the island on Thursday, and fired several missiles toward waters near northeastern and southwestern Taiwan the day after Pelosi’s departure.

A Chinese military expert confirmed to state broadcaster CCTV that the conventional missiles flew over the main island of Taiwan, including the airspace covered by Taiwan’s defense missiles.

“We hit the targets under the watch of the American Aegis combat system, which means that the Chinese army has solved the difficulties of hitting long-range targets in the water,” said Major-General Ming Xiangqing, professor of strategy at the National Defense University. in Beijing.

Taiwan’s Ministry of Defense said, in a statement, late Thursday, that the missiles flew over the atmosphere, and therefore posed no danger to the island.

The ministry said the authorities had not issued warnings about the air strikes because they had expected the missiles to fall into waters east of Taiwan. The department added that it would not release more information about the missile’s trajectory to protect its intelligence-gathering capabilities.

“This is a serious problem related to the security of Japan and the safety of its citizens. We strongly condemn it,” Japanese Defense Minister Nobuo Kiichi told reporters at a news conference.

China also sent 22 warplanes to the Taiwan Air Defense Identification Zone (ADIZ) on Thursday – all of which have crossed the center line.

It comes after similar Chinese incursions the day before through the midfield.

Later Thursday, the ministry said it had spotted four drones flying over the “forbidden waters” around the Taiwan-controlled Kinmen Islands near mainland China. The ministry said the Taiwanese military had fired flares to warn the drones to stay away, but it did not specify the type or source of the devices.

On Friday, a spokesman for Taiwan’s foreign ministry said the government’s English-language website and the ministry’s website had detected a large number of attacks on Tuesday – the day Pelosi landed in Taiwan. The spokesman said the IP addresses behind the attacks came from China and Russia, among other sites, with the aim of paralyzing government websites.

It added that websites were back to normal after emergency repair work, but that “intense attacks with malicious intent… by hostile forces abroad” continued on Thursday and Friday.

In a speech on Thursday, Taiwan President Tsai Ing-wen condemned China’s military exercises as “irresponsible,” saying they represented a “deliberate and continued escalation of military threats.”

“I must stress that we do not seek to escalate disagreements or stir disagreements, but we will vigorously defend our sovereignty and national integrity, as well as protect democracy and freedom,” she added.

It also thanked the Group of Seven, which includes the world’s largest economies, which issued a statement on Wednesday expressing concern about live-fire exercises in China and urging Beijing not to change the status quo in the region.

The exercises also disrupted flight schedules and ships, with some international flights canceled and ships urged to use alternative routes to many ports around the island.

The Chinese Ministry of Defense said, on Tuesday, that it will conduct its exercises in six regions around Taiwan, warning ships and aircraft to stay outside the regions during the exercises.

The Taiwan Strait is a major trade route for ships transporting goods between major economies in Northeast Asia such as China, Japan, South Korea, and the rest of the world.

Gawon Bae and CNN’s Yong Xiong in Seoul, Emiko Jozuka in Tokyo, Laura He in Hong Kong, Eric Cheung in Taipei and Sam Fossum in Washington contributed to this report. 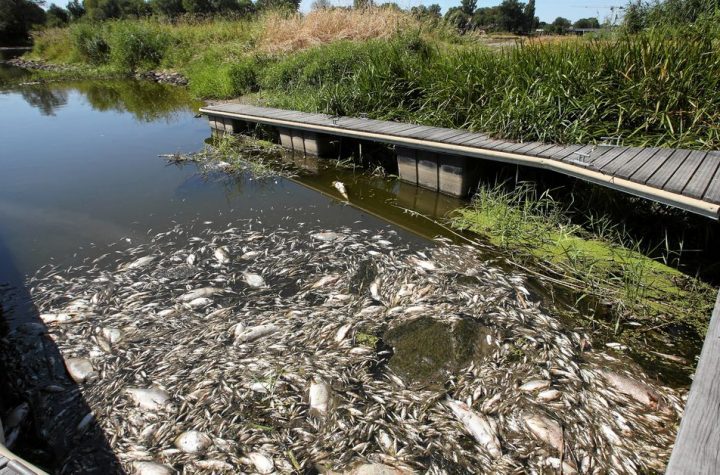 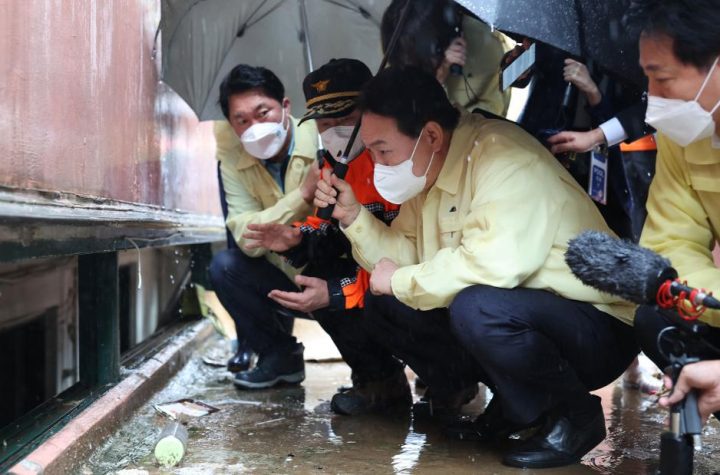