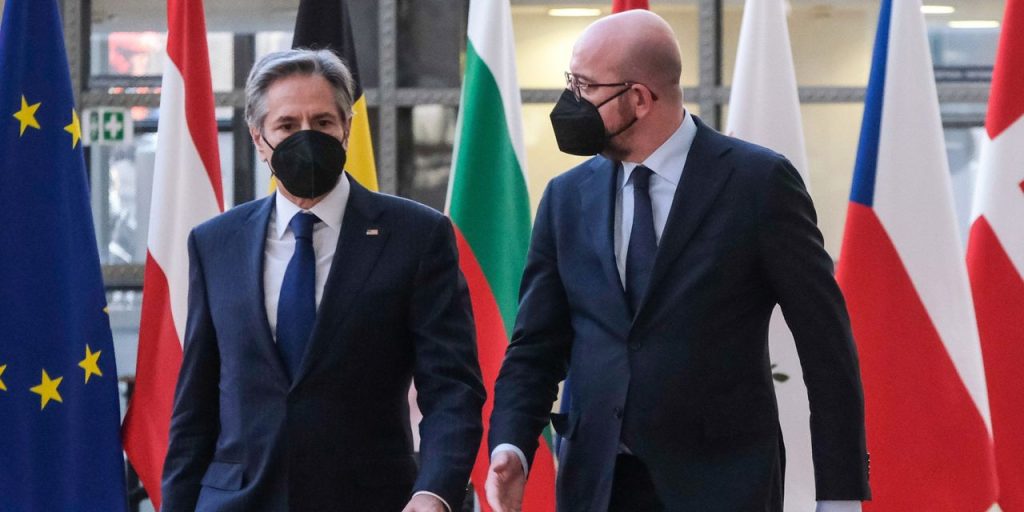 Secretary of State Anthony Blinken said the US government is looking for ways to replenish Poland’s arsenal if it agrees to supply Ukraine with some of its Soviet-era fighter jets.

“We are now looking seriously at the question of aircraft that Poland might provide to Ukraine, and are looking at how we would block if Poland chooses to supply those aircraft,” Mr. Blinken said in Moldova, during his stop across Europe to reassure. Allies there speak of US support in the wake of Russia’s invasion of neighboring Ukraine.

Mr. Blinken said the US was working with Mr. Zelensky and other Ukrainian officials to get an “accurate assessment of their needs”.

He said the United States and its partners would then assess what could be offered. “I can’t talk about a timetable, but I can only tell you that we are looking at it very actively,” he told reporters.

On Sunday, the Polish Prime Minister’s office rejected reports of a possible arrangement for the country to deliver fighter jets to Ukraine. “Poland will not send its combat aircraft to Ukraine and allow the use of its airports,” Prime Minister Adviser Mateusz Morawiecki wrote on Twitter. “We help tremendously in many other areas.”

Poland operates Soviet-made MiG-29 fighter jets, along with US F-16 fighter jets from Lockheed Martin Corp, among other types of aircraft.