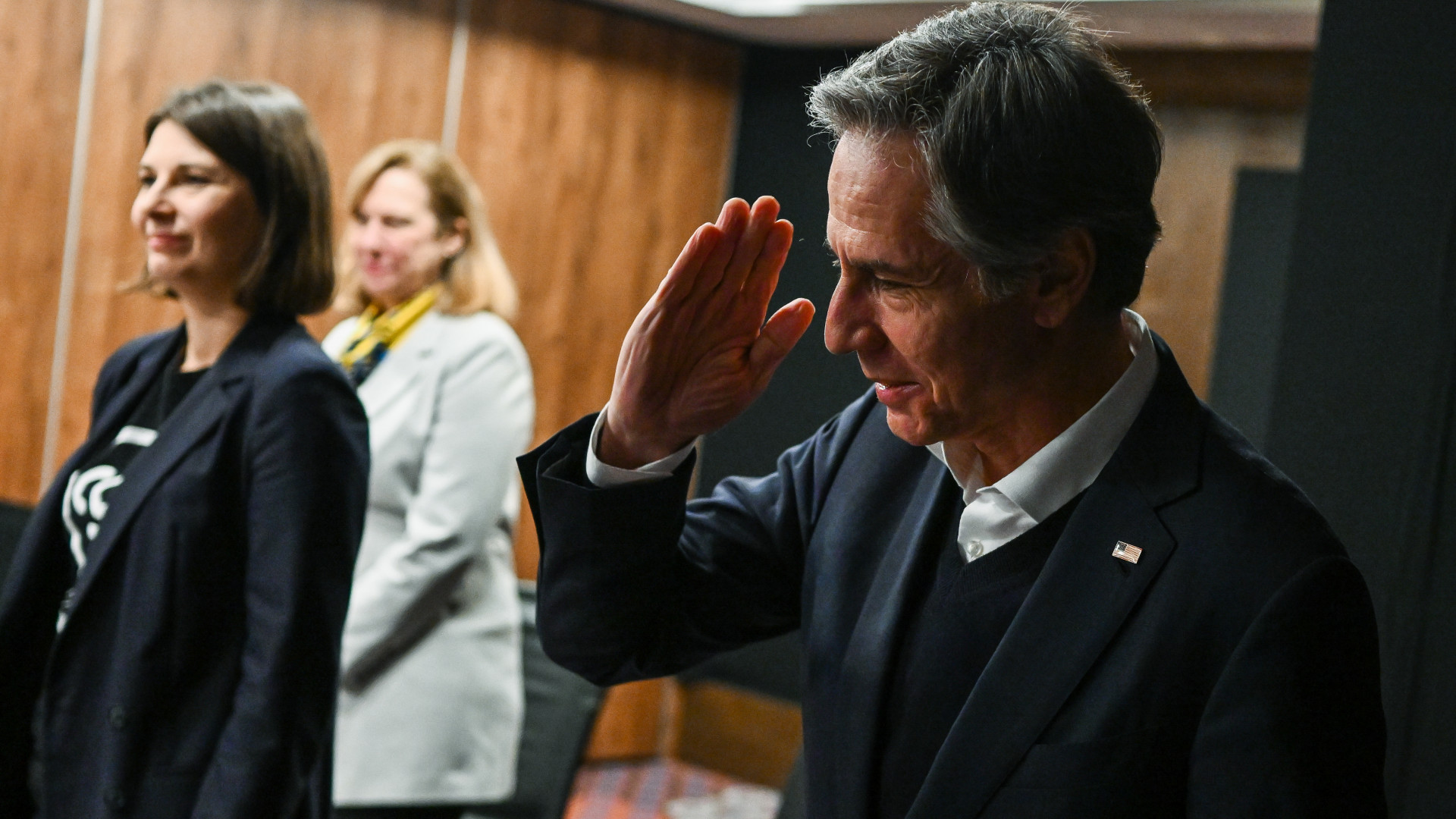 The meeting, organized under strict security measures, took place in a border tent, which was followed by a series of Ukrainian refugees, mainly women and children, with rolling suitcases and backpacks, following their arrival in Poland. The head of US and Ukrainian diplomacy visited both sides of the painted Polish-Ukrainian border.

As I stand with my friend and colleague in Ukraine, the world is united with Ukraine.

Said Blinken. “I hope the people of Ukraine will see clearly: we really have friends who are on our side,” Kuleba added.

The Ukrainian diplomat stressed that the two foreign ministers discussed the supply of arms to Ukraine, the international isolation of Russia and the weakening of the Russian economy through punitive measures.

Ukraine will eventually win its war with Russia, but the country’s international supporters need more help ending the conflict quickly.

If you get the weapons you need, the price to pay will be lower. Can save a lot of lives

– He said. Guleba stressed that there was no progress in the Russian-Ukrainian ceasefire talks on the Belarusian-Ukrainian border, but that “negotiations must continue.”

The third round of talks is expected to continue on Monday, which was confirmed by Ukrainian chief negotiator David Arahamiza on Facebook on Saturday, with no further details. On Thursday, both sides agreed to open humanitarian corridors to allow civilians to leave the besieged Ukrainian cities, although Russian troops attacked the city of Mariupol on Saturday afternoon. On Saturday he met with US Secretary of State Anthony Blinken, Polish Prime Minister Mateusz Morawiecki and Polish Foreign Minister Zbigniew Rau, as well as the refugee center in Poland.

See also  Energy crisis: The price of natural gas in Europe has plummeted due to Putin's big announcement

The United Nations High Commissioner for Refugees (UNHCR) said on Saturday that the number of refugees leaving Ukraine could rise from the current 1.3 million to 1.5 million by the end of the week. Blinken arrived in Poland from Brussels, where he met with foreign ministers of NATO member states, G7 countries and EU member states on Friday to discuss Western sanctions aimed at blocking Russia.

According to the US Secretary of State, international sanctions have already reached “firm conclusions” in recent days on weakening the Russian economy. “This (international) pressure will continue, but will intensify until this arbitrary war is over,” said Anthony Blingen.