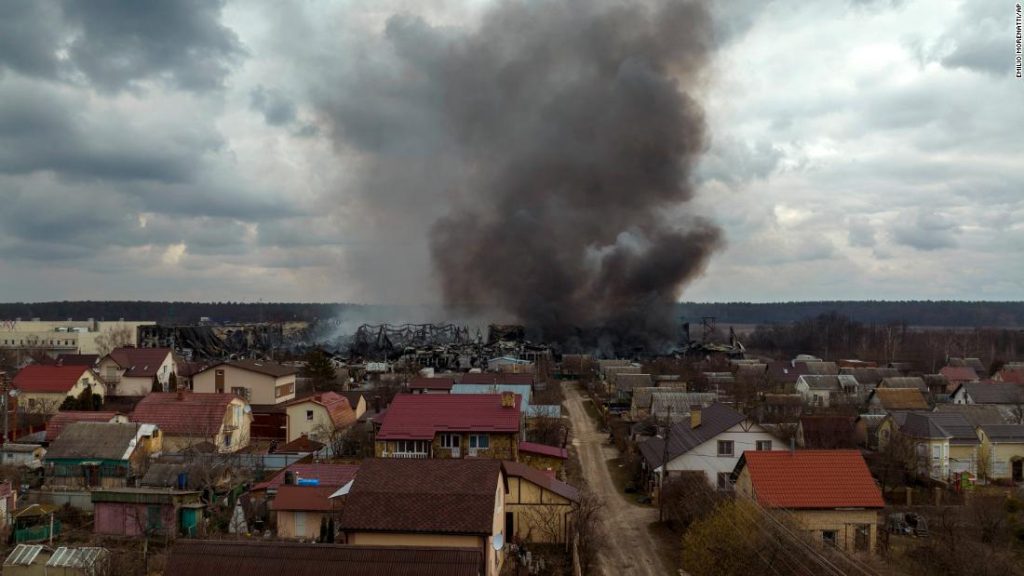 As the Russian invasion continues, more companies continue to announce that they are no longer doing business with Russia.

“The Prada Group has suspended retail operations in Russia. Our primary concern is for all colleagues and their families affected by the tragedy in Ukraine, and we will continue to support them,” Prada spokeswoman Marta Monaco told CNN. The statement comes after Prada and other Italian fashion houses pledged to donate aid to Ukraine. Companies providing support include Armani, Bottega Veneta, and Dolce & Gabbana.

In response to the grant, UNHCR Representative in Italy Chiara Cardoletti said, “We estimate that 12 million people in Ukraine will need assistance and protection, while more than 4 million Ukrainian refugees may need protection and care in neighboring countries in the coming months.” Caedoletti added in Its news release, noting the need for immediate assistance, said, “Huge resources are needed which is why we hope that other companies in the fashion sector, and in other sectors as well, will make their contribution in the coming hours.”

Nissan today announced the suspension of the export of vehicles to Russia. The Japanese manufacturer added in a press release issued by the company that it “expects to soon halt production at our plant in Saint Petersburg.”

The statement stressed Nissan’s commitment and support to assist the humanitarian crisis in Ukraine through the creation of a 2.5 million euro (approximately $2.7 million) fund. “One million euros will be donated to the Red Cross and other non-profit organizations to support ongoing emergency activities providing life-saving assistance and essential supplies to families and children at this time. Where they can help, the company is also ready to donate cars.”

The company’s CEO, Makoto Uchida, said, “We have all been touched by the suffering of so many people and families – including members of our own Nissan family. We have established the NissanCare Fund to stand by our employees, and to support international efforts working around the clock to respond to this human tragedy that There is no limit.”

Other auto companies that have halted business with Russia include: General Motors, Toyota and Volkswagen.

On Sunday, American Express became the latest credit card company to announce the termination of its operations in Russia as its invasion of Ukraine escalated.

American Express also said it was ending its commercial operations in Belarus.

“This is in addition to previous steps we have taken, which include halting our relationships with banks in Russia that have been affected by US and international government sanctions,” American Express said in a statement on Sunday.

Social media companies are also working to limit access in Russia. In its latest move, TikTok said on Sunday that it will suspend some features in Russia in light of the country’s new law penalizing misinformation.

“In light of the ‘Fake News’ law in Russia, we have no choice but to suspend live broadcasts and new content on our video service while the security implications of this law are reviewed,” the company said on Twitter. “The in-app messaging service will not be affected.”

“We will continue to assess evolving conditions in Russia to determine when we can fully resume our services with safety as our top priority,” the company added in a blog post.

Meta, the parent company of Facebook, said it will block access to Russian news outlets RT and Sputnik across the European Union.

The move comes after receiving “requests from a number of governments and the European Union to take further steps with regard to Russian state-controlled media,” Nick Clegg, the company’s vice president for global affairs, wrote in a tweet.

Meta also said it has implemented account restrictions on Russian state media that should prevent them from appearing more prominently in users’ feeds.

A whole group of companies is withdrawing from Russia. Read more here.