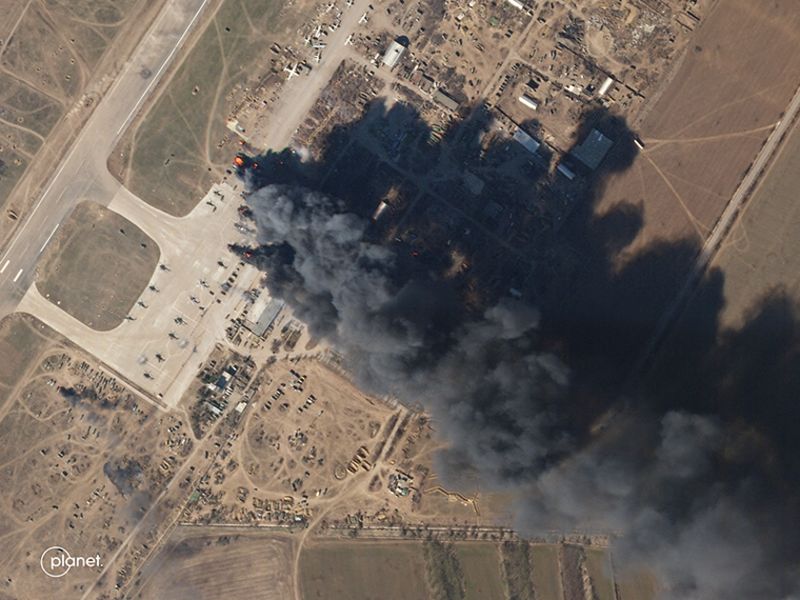 A large plume of black smoke was seen rising from the airport in a satellite image as several helicopters caught fire.

Military vehicles seen near the airport were also hit.

Another image taken by a drone flying over the nearby village of Kumisani also shows large plumes of smoke rising from the airport.

CNN geolocated and validated the image.

The military strike at the airfield was selected for by NASA’s Fire Resource Management Information System (FIRMS), which tracks major fires around the world.

According to sensory data collected by FIRMS, the military strike occurred around 1:42 pm local time.

Monday’s satellite imagery from Maxar Technologies showed a number of Russian military helicopters on the runway of Kherson International Airport. Dozens of military vehicles were also seen in the surrounding area.