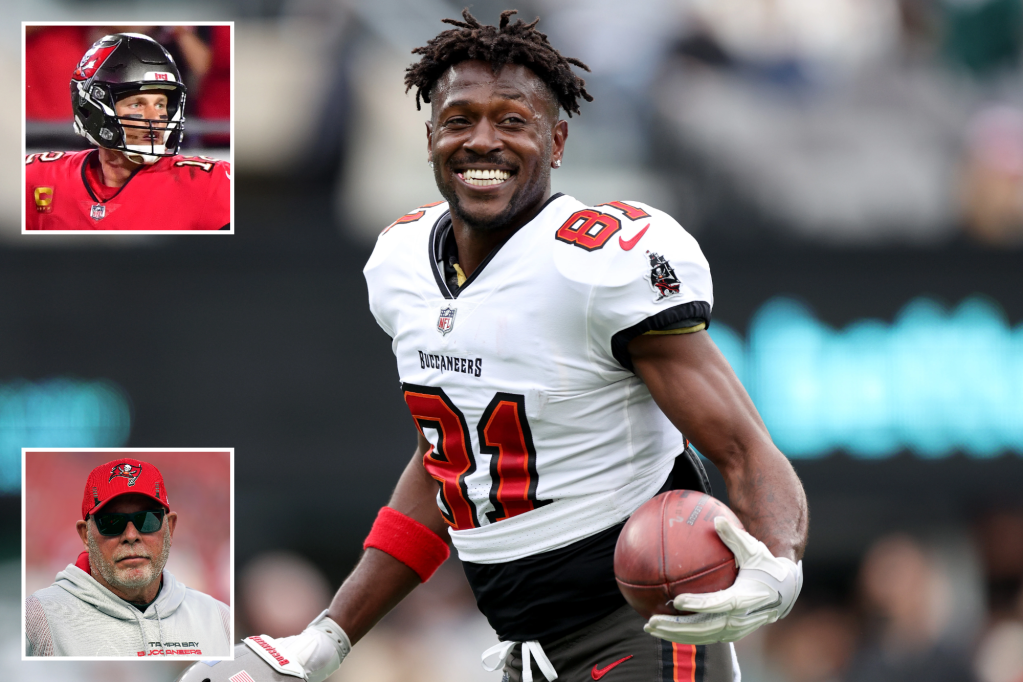 Antonio Brown’s feelings for Tom Brady continue to go from one extreme to the other, but his hatred for Buccaneers coach Bruce Aryan remains the same.

Three weeks after the hype video was posted To celebrate the retirement of his former colleagueBrown returned to tearing up Brady while referring to the controversial end to his time in Tampa Bay this season.

In a Stories post on Instagram on Monday, The eccentric receiver accused the hacker of trying to “intentionally hurt me” and claimed they “sent me there knowing I was still injured,” he wrote at the top of an X-ray of his ankle. He went on to write that Brady “lied” to him as he entered the game.

“Tom said he’d throw it in if I came to play in pain, I came,” Brown said of the team’s Week 17 win at the Jets. “He didn’t throw it away, imagine being injured, having to play through this and lie. [to]. “

The 33-year-old was referring to his last game with the Buccaneers. finished with He takes off his shirt and pads and runs off the field After refusing to return to the game when asked by Ariosion. Brown maintains that his ankle was so badly injured that he was unable to continue playing at MetLife Stadium that day. It was cut by Tampa Bay shortly after.

Brown flipped his feelings for Brady once already. Shortly after his departure from the Bucs, he said that the future Hall of Famer, who had been instrumental in bringing him to Tampa Bay, was none other than his friend. Because I know football. After two weeks to retreat On those comments, calling Brady “my man” and not misrepresenting his earlier words.