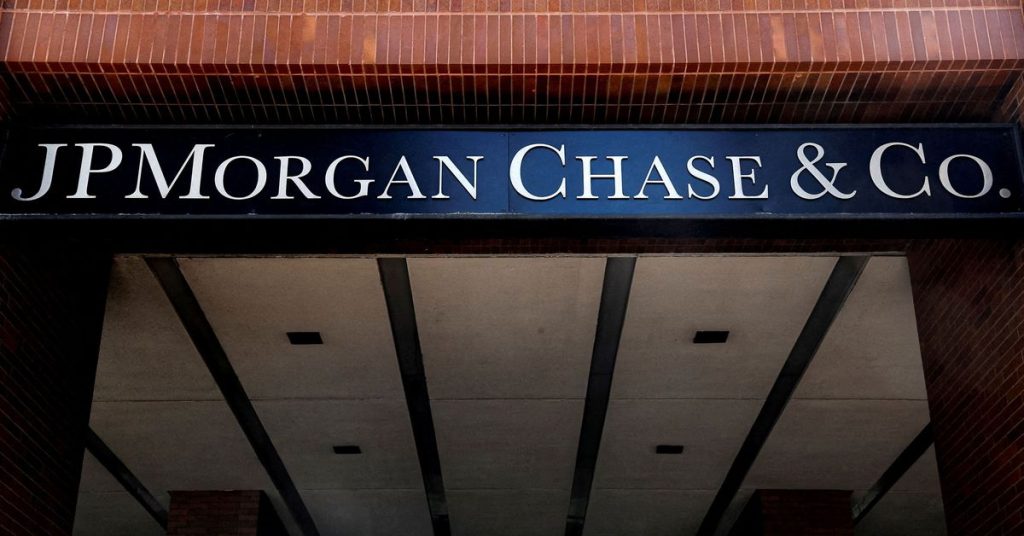 A sign outside the offices of JP Morgan Chase & Co in New York City, US, March 29, 2021. REUTERS/Brendan McDermid

LONDON (Reuters) – Analysts at JPMorgan and elsewhere warned on Wednesday that sanctions against Russia have dramatically increased the chance of it defaulting on its government debt in dollars and other international markets.

Russia has more than $700 million in government bond payments due this month. While it theoretically has sufficient reserves to cover debt, certain asset freezes and other actions can affect its ability to repay. Read more

“Sanctions of Russian government entities by the United States, countermeasures within Russia to restrict foreign payments, and disruption of payment chains present significant obstacles for Russia to repay bonds abroad,” JPMorgan said in a note to clients.

“Sanctions … have significantly increased the likelihood of the Russian government defaulting on hard currency bonds.”

The central bank and the finance ministry did not respond to a Reuters request for comment on the possibility of a default.

JPMorgan analysts said the first crisis date is March 16 when the bond coupon is due, although like much of Russia’s debt these bonds have 30-day “grace periods”, which could delay any official moment in default. reimbursement. April 15.

Russia has just under $40 billion in international market debt, or “hard currency” debt as it is known. While it is a small amount for an economy of importance to Russia, any missed impulse will set off a chain of events.

Major credit rating agencies such as S&P Global, Moody’s and Fitch, which all had investment grades for Russia as of last week, will collectively downgrade their ratings.

JPMorgan estimated that $6 billion in default swaps (CDS) that bondholders purchased as an insurance policy would also need to be paid, although the process could be complicated if more debt penalties are imposed.

The default fears come on the heels of a warning from the Institute of International Finance (IIF) this week, which noted how nearly half of Russia’s $640 billion in foreign exchange reserves have been frozen due to international sanctions. Read more

Capital Economics also warned on Wednesday of the growing risk of default. It said it would primarily hurt international investors — foreigners held $20 billion in Russian government debt denominated in dollars and rubles at the end of last year, according to the Russian Central Bank — although it would also affect Moscow’s reputation in international markets.

“The possibility that the government and companies will be unable or unwilling to repay the external debt has risen dramatically,” Jackson said.