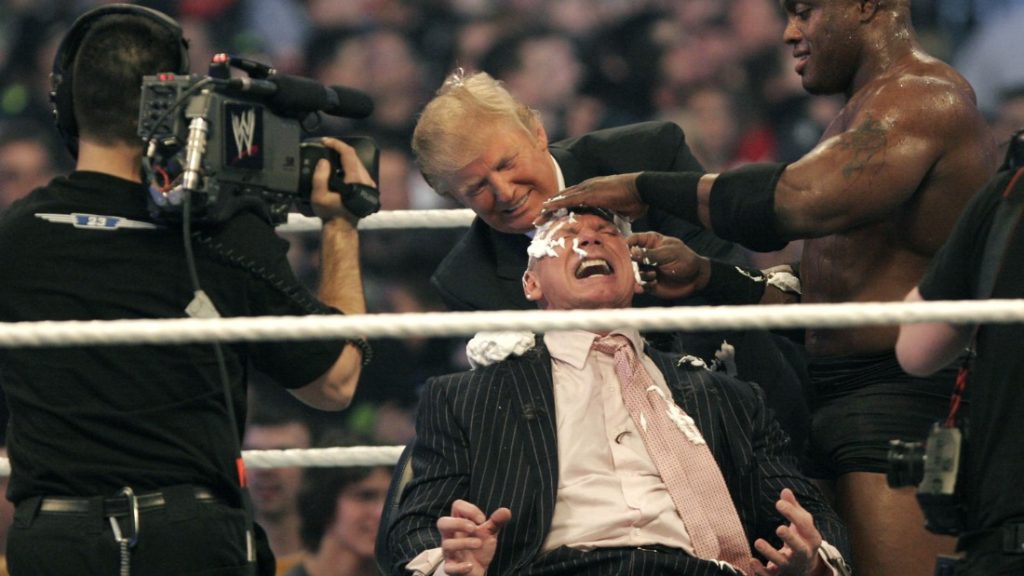 The The Wall Street Journal On Wednesday, it reported that $5 million of McMahon’s $19.6 million unrecorded expenses went to Trump’s charity, the Donald J. Trump Foundation, in 2007 and 2009.

The payments took place in years when Trump—who was a reality TV star on NBC’s “The Apprentice” at the time—appeared at WWE events, including 2007’s WrestleMania 23 and WWE’s Monday night show “Raw” in 2009.

WWE earlier this month Mentioned in the regulatory filing That the company disclosed approximately $20 million of McMahon’s personal expenses directly related to the wrestling company’s business and should have been disclosed to investors. WWE said the amount included in that sum was $5 million unrelated to the company’s investigation into his alleged misconduct.
The Wall Street Journal mentioned That $5 million went to the Trump Foundation. A person who reviewed Trump’s 2007 contract with WrestleMania told the newspaper that “Mr. Trump directed Mr. McMahon to send $4 million in attendance fees to Mr. Trump’s charity.”

Trump’s appearance at WrestleMania in 2007 came during a “Battle of the Billionaires” match in which Trump and McMahon used wrestlers as wrestlers to beat him in the ring. The winner of the match must shave the loser’s head. Trump’s wrestler won, which led to him famously shaving McMahon’s head.

WWE had no comment regarding the payments to Trump.

McMahon found himself in the middle of a corporate firestorm in June when The Wall Street Journal… mentioned That the company’s board of directors was investigating him for agreeing to pay a confidential $3 million settlement to a former employee he allegedly had an affair with.
Then the magazine mentioned In July, McMahon paid tens of millions of dollars to four women, including one from the previous report, to cover up “allegations of sexual misconduct and infidelity.”
This led to McMahon Stepping down as CEO And the He finally retired from the company last month.

“As I approach 77 years of age, I feel it is time for me to retire as WWE Chairman and CEO,” McMahon said in a statement.