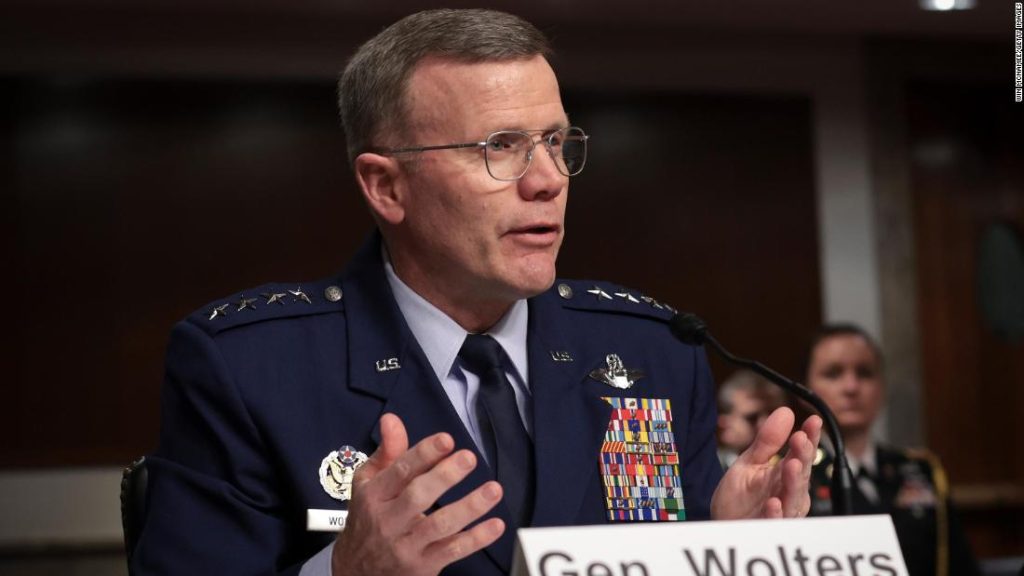 When Russia launched its invasion of Ukraine last month, US intelligence estimated that a nationwide attack could bring Kyiv to Russia within days. But the Russian military is bogged down around the capital as the war enters its second month, besieged by sustainability and logistical problems, along with unexpected stiff resistance from Ukrainian fighters.

Testifying at a Senate Armed Services Committee hearing on Tuesday, US European Command chief General Todd Walters was asked by Senator Roger Wicker, a Republican from Mississippi, whether there was an intelligence gap that caused the United States to overestimate Russia’s strength and underestimate Ukrainian defenses. .

“There could be,” replied Walters. “As we have always done in the past, when this crisis is over, we will do a thorough after-action review in all areas and in all departments and find our weaknesses and make sure we can find ways to improve, and this could be one of those areas.”

At a time when US intelligence was concerned in predicting that Russia was planning an invasion of Ukraine—something that the Biden administration aggressively launched to shift global sentiment against the Kremlin—the intelligence community did not assess the poor performance of the Russian military.

In the opening hours of the war, yoS officials offered to help Ukrainian President Volodymyr Zelensky Flee the country as Russian troops move toward Kyiv, fearing he’ll be killed. Zelensky refused, asking instead for weapons to help Ukraine defend itself against Russia.

US and NATO allies continued to help resupply the Ukrainian army with weapons, including Javelin anti-tank missiles and Stinger anti-aircraft missiles used against Russian forces. While estimates vary widely, sources familiar with the estimates say that thousands of Russian soldiers have been killed in the conflict. US officials say they have anecdotal evidence of morale problems in the Russian military.

More than a month after the war, Russia said on Tuesday It said it would “significantly” reduce its military offensive on the Ukrainian cities of Kyiv and Chernihiv after talks between representatives of the two countries on Tuesday. US officials told CNN It was a major shift in Moscow’s strategy, as Russian forces withdrew in some areas of the north and focused on gains in the south and east.

At a Senate Intelligence Committee hearing earlier this month, Director of National Intelligence Avril Haines said the US intelligence community assessed that Russian President Vladimir Putin was underestimating the potential resistance he might face from the Ukrainians prior to the invasion.

See also  Biden becomes personal with his attacks on Putin

“I think we did well there,” she said. We did not do a good job in terms of predicting the military challenges he faced with his army.”

Lieutenant General Scott Perrier, the head of the Defense Intelligence Agency, said that US intelligence assessments before the invasion were based on a number of factors, including that the Ukrainians “were not as prepared as I thought.”

“So I doubted their willingness to fight. It was a bad assessment on my part because they fought with courage and honor and they are doing the right thing,” he said.

Asked by Arkansas Republican Senator Tom Cotton about assessments about how long Kyiv would hold or how long Ukraine could maintain its air defenses, Perrier said the intelligence community “made some assumptions about (Putin’s) assumptions, which proved highly flawed. “

“His actual activity when he went into this fight kind of turned his operation on its head,” Brier said of Putin. “And what we’ve seen is a transfer, if you will, of the operations that he’s doing now.”