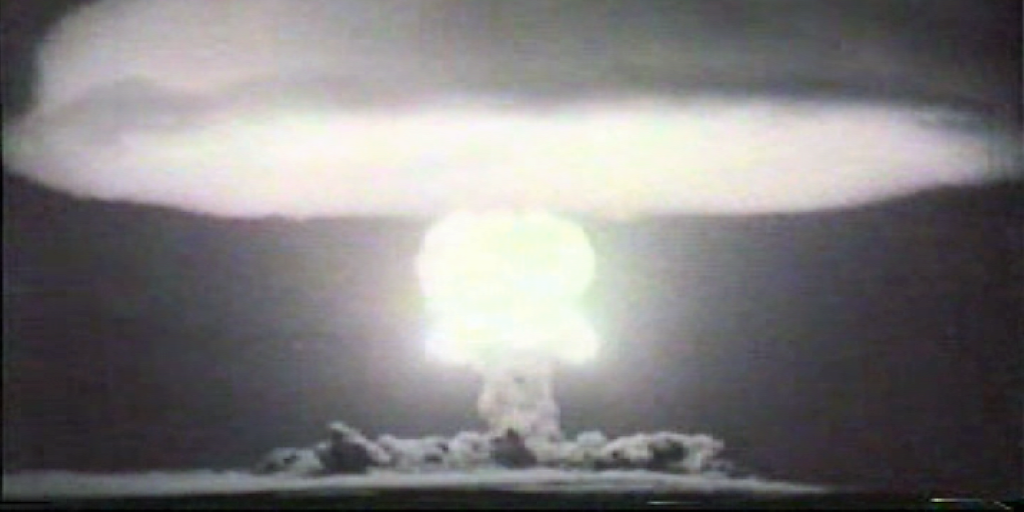 At 5:29 a.m. on July 16, 1945, a terrifying new chapter of history opened in the state of New Mexico; It was then that the first atomic bomb, the gadget, was detonated as part of the Trinity test. During the explosion, energy equivalent to 21 kilotons of TNT was released, the steel tower supporting it was completely disintegrated by the force of the bomb, and due to the immense heat, a green glass, so-called. Trinitite is formed.

Decades later, scientists noticed an extremely rare, inconceivably-impossible semi-crystalline form in one of the trinites.

Most crystals, from common table salt to hard diamond, obey the same rule: their atoms are arranged in a lattice structure that repeats itself in three-dimensional space. Semi-crystals violate this rule, in that the arrangement of atoms is not repeated.

When researchers first began tackling the question in 1984, many thought it was an impossible concept; Crystals are either ordered or disordered, and there is no change. The theory was disproved by a thorough study of semi-crystals. Until now, semi-crystals have mainly been identified within meteorites, and not by chance, because the extreme heat and pressure experienced during impacts create the ideal environment for their formation. Their laboratory production was recently resolved.

Because semi-crystals are known to require extreme conditions to form, a team of scientists led by Luca Bindi, a geologist at the University of Florence in Italy, decided to take a closer look at trinitite. Bindi noticed the red form of Trinidadite, not the green one. The red color of the trinitite was given by the copper cables at the site of the nuclear explosion, which contaminated the resulting material due to the temperature.

Finally, in one sample, they found tiny 20-sided grains of silicon, copper, calcium, and iron with a fivefold rotational symmetry impossible in conventional crystals.

“This semi-crystal is surprising in its complexity, but no one can yet say why it formed,” Wallace explained, adding that the discovery could help us understand the nature and effects of nuclear explosions in more detail. Additionally, more natural ways of creating semi-crystals will be revealed, and semi-crystals can also cover secret nuclear tests.