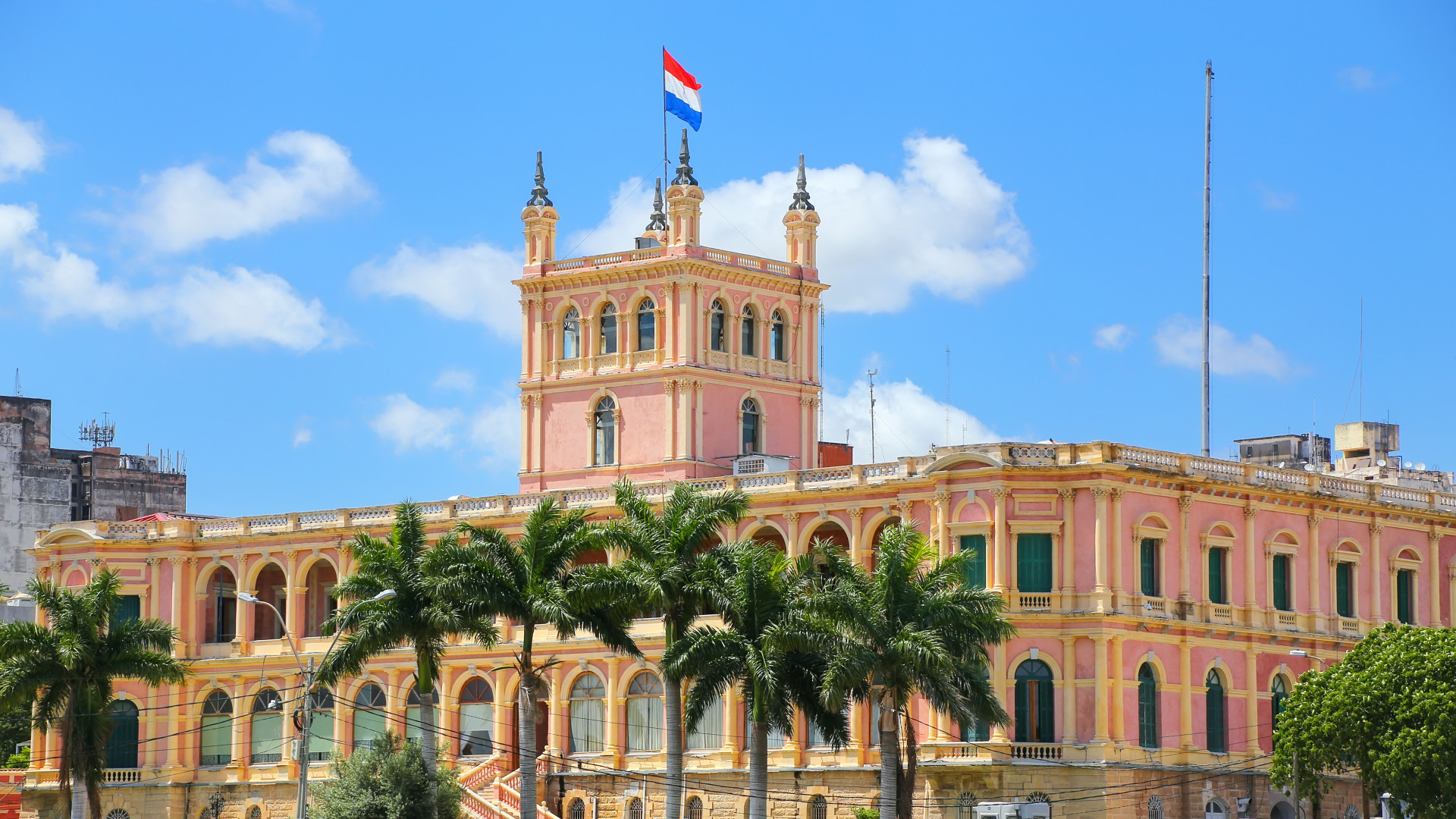 Both Beijing and Taipei, as well as the rest of the world, insist that they recognize the “one China” principle, a single China that is a republic and a people’s republic.

The Mao Zedong After 1949 the People’s China took the lead for a while In a 1971 UN resolution, it withdrew its recognition from Taiwan and recognized the legitimacy of Communist China as a whole.. With this, the People’s Republic of China immediately entered the highest level of permanent membership of the international body, the Security Council.

Although the United States also withdrew its recognition from the Republic of China in 1979 Taiwan Relationship Law According to law In practice Diplomatic relations were established between Taipei and Washington respectively The United States also pledged support for the island’s defense. At the same time, Washington has floated for decades whether it would actively intervene if China attacked Taiwan — a “strategic ambiguity” aimed at deterring Beijing from an attack on the island.

In 1971, the UN One by one, the nations of the world withdrew their recognition of the Republic of China and recognized Communist China. However, this does not mean that all diplomatic relations with Taiwan have been severed: Taiwanese embassies still operate in many countries, named “Taipei Representative Offices” after the capital. No country officially recognizes China. Authorization is exclusive, because recognizing an independent Taiwan with its own is a red herring in Beijing’s eyes. As an island, Taiwan does not want to declare its independence because that would automatically trigger a Chinese counterattack.

Today, there are only 14 countries that recognize the Republic of China, meaning they maintain official diplomatic relations with Taipei, but not Beijing.

Since 2016, a total of eight countries have seceded from Taiwan: Burkina Faso, Dominican Republic, El Salvador, Kiribati, Nicaragua, Panama, Sao Tome and Principe and the Solomon Islands. Diplomatic relations are normally severed by the People’s Republic of China He lavishly thanks him and tries to gain strong influence in that country. This is best seen in the example of the Solomon Islands, where China has launched a strong push that has also led to minor regional tensions in the Pacific region.

The US is trying to pressure states planning to secede from Taiwan not to do so, mainly in its immediate sphere of influence, Central America and the Caribbean, where most of the countries that still recognize Taiwan are located. The example of Honduras in Central America illustrates this well, whose president took office a year ago. Xiomara Castro In his election campaign, he promised that his country would stand by Beijing. For this Washington launched the usual diplomatic offensive – Kamala Harris The vice president also went to Honduras – to bring the country to “better judgement.” Such a move would mean the sudden appearance of a strong Chinese influence in America’s immediate neighborhood.

Paraguay is the poorest country in South America after Bolivia, with a GDP per capita of over $6,000. Volt in 2021 (three times that of Hungary). A country with an area four times the size of our country has only 7 million people. Most of the country is grassland wasteland They mainly raise livestock and agriculture accounts for about 30 percent of GDP. As usual in Latin America, here too are significant wealth inequalities; 90 percent of the land is owned by 5 percent of the land owners.

If he wins the April 30 election, they will cut diplomatic ties with Taiwan and open it to the People’s Republic of China.

Alegre justified the election promise by saying that They need access to China’s large beef and soy markets, which are among the most important exports of the country. According to him, Paraguay’s agricultural sector is currently experiencing huge losses. And for as much as it is worth maintaining the Taiwan relationship, they have not benefited from it.

For years, Paraguay’s cattle and beef producers have been lobbying the country’s leadership to break with Taiwan in exchange for access to the Chinese market..

See also  Symbolism - Culture - Why does the Chinese cat wiggle in the shop window?

We make sacrifices for political support for Taiwan, and hope to gain much less overall

The South American country produces 300,000 tonnes of beef annually and is one of the world’s ten largest exporters. They produce 10 million tonnes of soybeans annually and are the world’s fourth largest exporter of soybeans. Paraguay imported $4 billion worth of goods from China in 2021, while exporting only $30 million. On the other hand, its trade surplus with Taiwan was 118 million dollars in the same year.

He will be the candidate of the ruling party in Taiwan

Paraguay is currently conservative Colorado party In power, it also provides the President Mario Abdo Benitez As the head of state is the highest post in the five-year cycle in the country in person, therefore The country will definitely elect a new president on April 30. The ruling party after the primary election Santiago penNominated D, who told Reuters Protects “historical relationship” with Taiwan. The two countries established diplomatic relations in 1957.

Thank you to every person who believes that a better Paraguay is possible! pic.twitter.com/bCitC7ledf

However, the Colorado Party is also trying to give Taiwan more in exchange for political recognition. Abdo, the current president, last September He saidThey are asking Taipei to invest $1 billion to counter pro-China pressure.

Taiwan has more than 6 billion dollars of investments in countries that do not maintain diplomatic relations with Taiwan, and we want to invest 1 billion dollars in Paraguay. This will enable us to argue the importance of a strategic alliance with Taiwan

– The Paraguayan president applied subtle pressure on the island.

On the day of the publication of the interview, the Paraguayan Ministry of Foreign Affairs immediately He retreated too. According to the ministry’s statement, although the president encouraged more investment, he did not attach any conditions to maintaining “good diplomatic, political and friendly relations” between the two countries. Taiwan’s Ministry of Foreign Affairs issued a similar statement at the time, noting that Taiwanese companies were encouraged to invest in Paraguay.

Taiwan’s Ministry of Foreign Affairs also spoke about the current plans of the opposition presidential candidate, stressing that they are actively strengthening contact and communication with all candidates. Besides A five-day visit by an official Paraguayan delegation has visited the island in recent days. The Focus on Taiwan According to a report in a local English-language newspaper, Paraguay’s lower house president, Carlos Maria Lopez He met the President of Taiwan on Monday. Kaj ing-wenthan

Lopez expressed his sincere hope that relations between the two countries will strengthen in the coming years.

Incidentally, the Leader of the House of Representatives, the largest opposition party, Th A truly radical liberal party A representative of the party, one of Allegra’s candidates, is looking to cut ties with Taiwan. And it can show Even within the Paraguayan opposition, the direction of the break with Taiwan remains unclear.

Deputy Minister Yui is always happy to meet friends! He congratulated the President and Members of Parliament, Teófilo Espínola Peralta, Edgar Espínola Guerrero & , and on their 1st visit. #Paraguay

There are no official public opinion polls yet on the popularity of the two presidential candidates in Paraguay, but according to experts, they may be neck and neck. Alegre raised the possibility of a break with Taiwan, at the same time, as a pressure exercise on Taipei and a promise that he could win over farm workers. That doesn’t mean the South American country will actually stand by Beijing’s victory. Also, the United States – like Honduras – That will certainly put pressure on Paraguay, such a shift would mean strengthening China’s influence in South America, which would affect Washington’s interests emotionally. Even if an opposition candidate wins the election at the end of April, secession from Taiwan is by no means a game over.