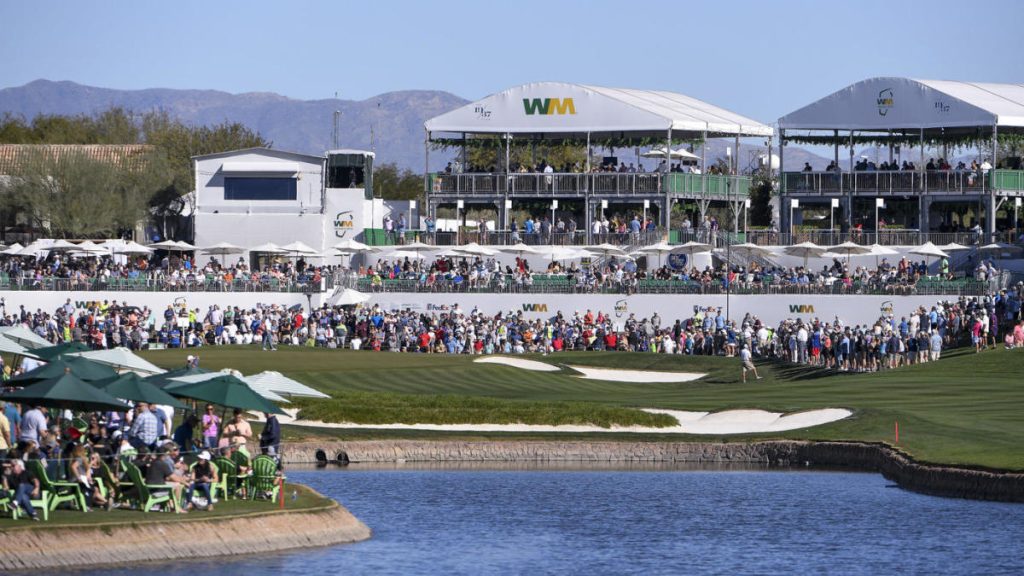 The golf tournament is fully unfolding at TPC Scottsdale this week at the annual festival known as the WM Phoenix Open. Sahith Thigala, after backing his 66 with a score of 64 in the second round, leads by one stroke over Brooks Koepka and Xander Shuveli in the final 36. They are followed by Patrick Cantlay, Max Homa, and Hideki Matsuyama. Justin Thomas and John Ram are lurking in the back for a bit. Large leaderboard with stories all around.

This could be the biggest two days of Theegala’s life if it lasts. A PGA Tour rookie could lock in all kinds of future rewards — including the 2022 Masters Show — with a victory here, but last year’s winner in the event, Koepka, shot straight at 66 seconds and seems to be feeling it a bit.

Schauffele is perhaps the most interesting of all. His canister tested positive for COVID-19 earlier this week, so he is being tested extensively for the duration of the event, which means he can hold a difference on Saturday night and likely test positive at some point.

Rahm and JT are perhaps the most interesting players in the top 25. Both are turning off the lights, both are in the top seven in hits earned from the tee to the green but haven’t been able to capitalize on them yet, which could happen with crazy rounds on Saturday when all hits fall.

We got one of those a year ago when Jordan Spieth bashed himself into canals running through TPC Scottsdale and shot a 61 en route to a recoil year. With Theegala trying to hold out and plenty of superstars chasing after them, it looks like we could be in for an equally exciting Round 3 this year at the WM Phoenix Open.

Keep it closed here because CBS Sports will be following it all with live updates and analysis throughout Round Three. You can watch the events of the third round live on CBS, CBSSports.com and the CBS Sports App 3-6:30 p.m. ET on Saturday.