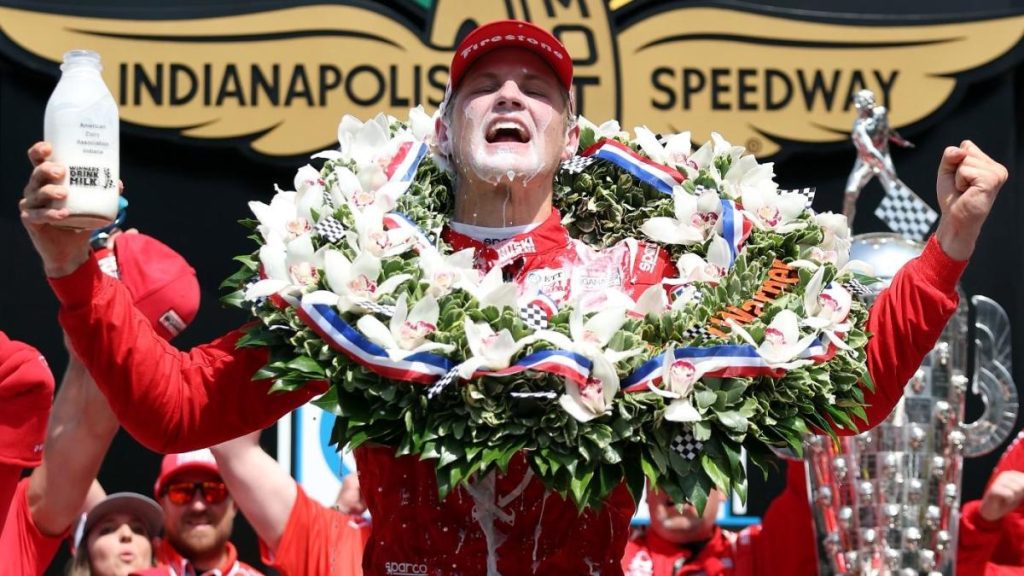 It’s Chip Ganassi’s fifth Indy 500 win, but the first since 2012, and wraps up a May that saw the team display in dominance. The team was always at the top of the pace charts throughout May and also when it mattered most on Sunday.

Erickson, who was wearing a helmet painted in honor of his late compatriot, Ronnie Peterson, took the helm after the last series of stops. The Swede opened a dominant lead before teammate Jimmy Johnson’s crash brought the field to the pit lane as he marked the race’s IndyCar red flag, freezing the field.

“I couldn’t believe it,” Erickson said. “I was praying so hard that there would never be another yellow.

When they went out, the shootout was a double, and O’Ward immediately tried low, then high, but Ericsson proved too strong and held on.

“It was hard to refocus, I did everything I could in the end to keep them behind me,” Erickson said afterwards.

He got a little help when Sage Karam slashed the walls off Turn 2 as Eriksson was leading the field through Turn 4, freezing the field again and letting him exhale as he crossed the line as the second Swede to win the Indianapolis 500 after Kenny Brack.

See also  MLB Weekend Summary: The Dodgers' problems are getting worse against the Giants; Yankees sweep Cubs to keep up with incredible pace