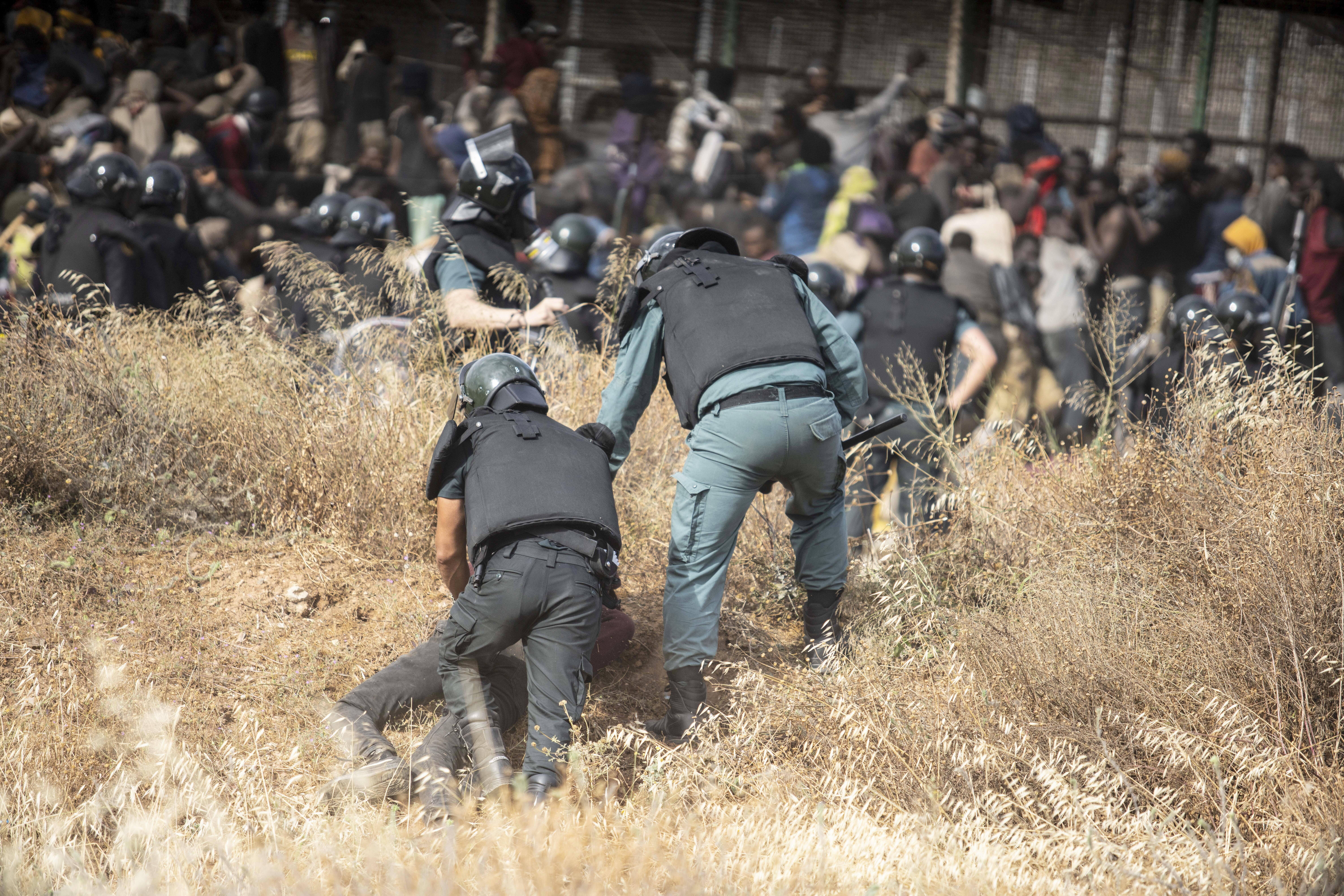 2,000 migrants approached the EU’s only land border in Africa on Friday morning, and more than 500 were able to enter the border control area after the fence was cut. Flick

Five deaths were recorded after immigrants crossed the border, and some fell from the top of the barrier separating both sides.

Local representatives of the Spanish government said that only 49 Spanish police officers were seriously injured and that 57 illegal border crossers had suffered various injuries, three of whom had been hospitalized.

According to Moroccan human rights watchdog AMDH Nador, the attack came a day after migrants clashed with Moroccan security forces trying to clear camps set up in the jungle near Melilla.

According to local representatives Illegal border crossings are well organized and violent,Those who were able to cross went to the local immigration center.

However, hundreds of people gathered on the Moroccan side.